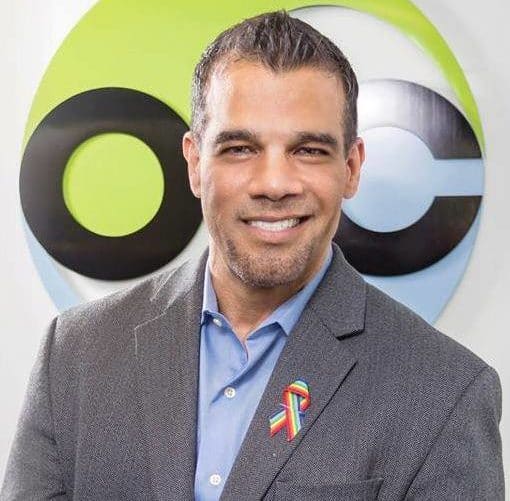 Dr. DeJesus became a Fellow of the American College of Physicians (FACP) in 1996, and a Fellow for the Infectious Disease Society (FIDSA) in 2012. He has been a member of the HIV Medical Association since 1997, and has served on their National Board of Directors. In addition he held a faculty position at the American Academy of HIV Medicine (AAHIVM) initiating their nationwide credentialing process for HIV Specialists in 2003. He currently holds a faculty appointment at the University of Central Florida School of Medicine in Orlando, Florida.

Since 1993, Dr. DeJesus has devoted most of his time caring for HIV and hepatitis infected patients. He is the Principal Investigator for the OIC research department, where he oversees the conduction of multiple Phase I-IV clinical trials, mainly designed to improve prevention, management and treatment of various infectious conditions in search for a cure. He has worked on NIH and DAIDS HIV treatment strategies and HIV vaccine studies. He is also an adviser to the Research/Development divisions for private pharmaceutical companies with their creation of new study concepts.

In these capacities, he has presented multiple study results in major international conferences such as AIDS World Conference, International AIDS Society Conference (IAS), Interscience Conference on Antimicrobial Agents and Chemotherapy (ICCAC) and the Conference on Retroviruses and Opportunistic Infections (CROI). As a renowned public educator, he has been a guest speaker in several annual conferences including the Infectious Disease Week, the European AIDS Conference, the Canadian Conference on HIV/AIDS Research, Spain GESIDA Congress, and the HIV Drug Therapy in the Americas, among others. In addition he has participated in multiple forums and has been invited to present at several medical centers around the country, including Clinical Faculty Ground Rounds at The Cleveland Clinic and Cornell University Medical School; contributing to the HIV, hepatitis, and ID training of physicians around the US and abroad.

“Dr. DeJesus is very patient and personable. He spends as much time as you need answering any and all questions. He seems to really care about his patients.”

Dr. DeJesus has amassed an impressive bibliography of over 100 recent publications related to his research. These include co-authored papers published in The New England Journal of Medicine, Journal of the American Medical Association, and Journal of Infectious Diseases, among many others. He has also, served as medical correspondent for the online websites of Medscape, QuantiaMD, ViralEd, and TheBody.com.

Locally, Dr. DeJesus is dedicated to his patients and strives to make prevention and treatment readily accessible not only by maximizing the use of available resources, but also by instituting programs in the Orlando area. In 2003, he initiated the Free Anonymous HIV Testing Program at OIC, and directed the Free HIV Confidential Testing Program at The Center (a local LGBT Organization). He served as Medical Director for the Adult Clinic of Orlando Regional Healthcare’s HUG ME Program (a not-for-profit organization caring for under-privileged population), and has supported and maintained tight relationships with key Central Florida non-profit organizations such as The Center, Hope and Help, and Miracle of Love. He has also educated his community with medical columns published at the Watermark, a local LGBT newspaper.

In addition, DeJesus has remained highly active in the Florida HIV Hispanic Community where he has implemented and supported educational, preventative, and research programs. He has participated as a guest speaker for community programs and Hispanic medical forums. In 2014 he was named one of the 25 most influential Hispanic persons in Central Florida by the Hispanic Chambers of Commerce. Since 2010, he has been recognized by his peers as one of Orlando’s Top Doctors and featured in Orlando Magazine for the each of the past 9 years.